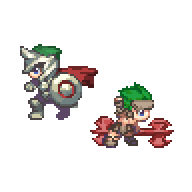 Zeke, Silas, and Terra have the ability to transform into various ‘Souls.’ These forms are actually the result of their bodies recreating past lives they lived in previous Epochs.

When they gain a new Soul, they gain faint recollections of a grim memory; they are remembering the moment they died in that life. 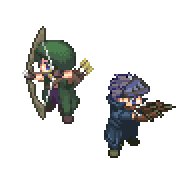 Even though each Soul is technically made from the Veil, there are some that have a strong, opposing affinity toward the Veil. These are known as Pure Souls.

Each of the three characters has their own unique set of Pure and Veil Souls they will obtain throughout the story. You can assign one Pure and one Veil Soul outside of battle, then freely switch between the two in battle.

In summary: to play offensively, but with risk, use the opposite alignment against an enemy; to play defensively and safely, use the same alignment. 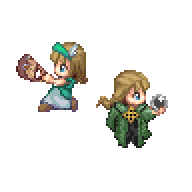 SP and CP are both gained equally after each battle. SP is used to buy abilities you can use in battle. CP is used for upgrades only for that Soul (stat boosts, immunity to certain status effects, faster casting time, etc.).

Each character has a pool of SP that can be used for any of their Souls. CP, on the other hand, is specifically for the Soul it was earned for. You cannot use CP gained on a Soul for any other Soul.