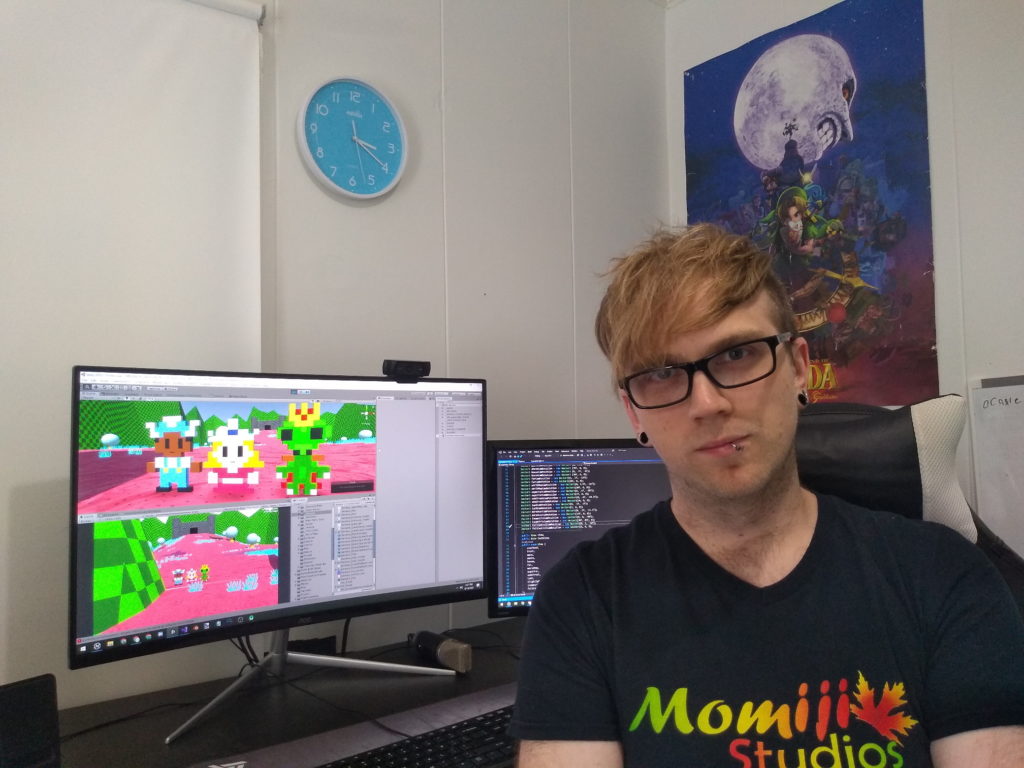 My name is Matt Sharp and I’m from Delaware, USA. I’m the solo developer for Momiji Studios. I taught game development at a university for over 4 years, I make games, and I play games; basically, video games are my entire life.

I’ve been playing games since I was 3 years old, and I never stopped. Some of my favorite games are Kingdom Hearts, Final Fantasy, Mario, Zelda, Metroid, Pokemon, Smash Bros., and so much more.

I started developing games when I was around 12 years old when I stumbled upon a JP rom for Dante RPG Maker for SNES. I eventually moved on to RPG Maker 2000, and from that point on I knew I really was going to fulfill my dream of being a game developer.

The first game I finished was Lucid Awakening made with RPG Maker XP. I finished it in 2007. It never really reached outside the small RPG Maker community bubble, but it did well within that circle. I released my first commercial and my first mobile game – Cubey Sphere in 2014. Eventually, in 2015, I accomplished a huge landmark for my life – I released a game on Steam, Lucid Awakening 2.

I have a few other small games out, and several unfinished prototypes waiting around. Currently I am working on a top secret new project inspired by games like Paper Mario and the Mother series. Look forward to more information in 2017. 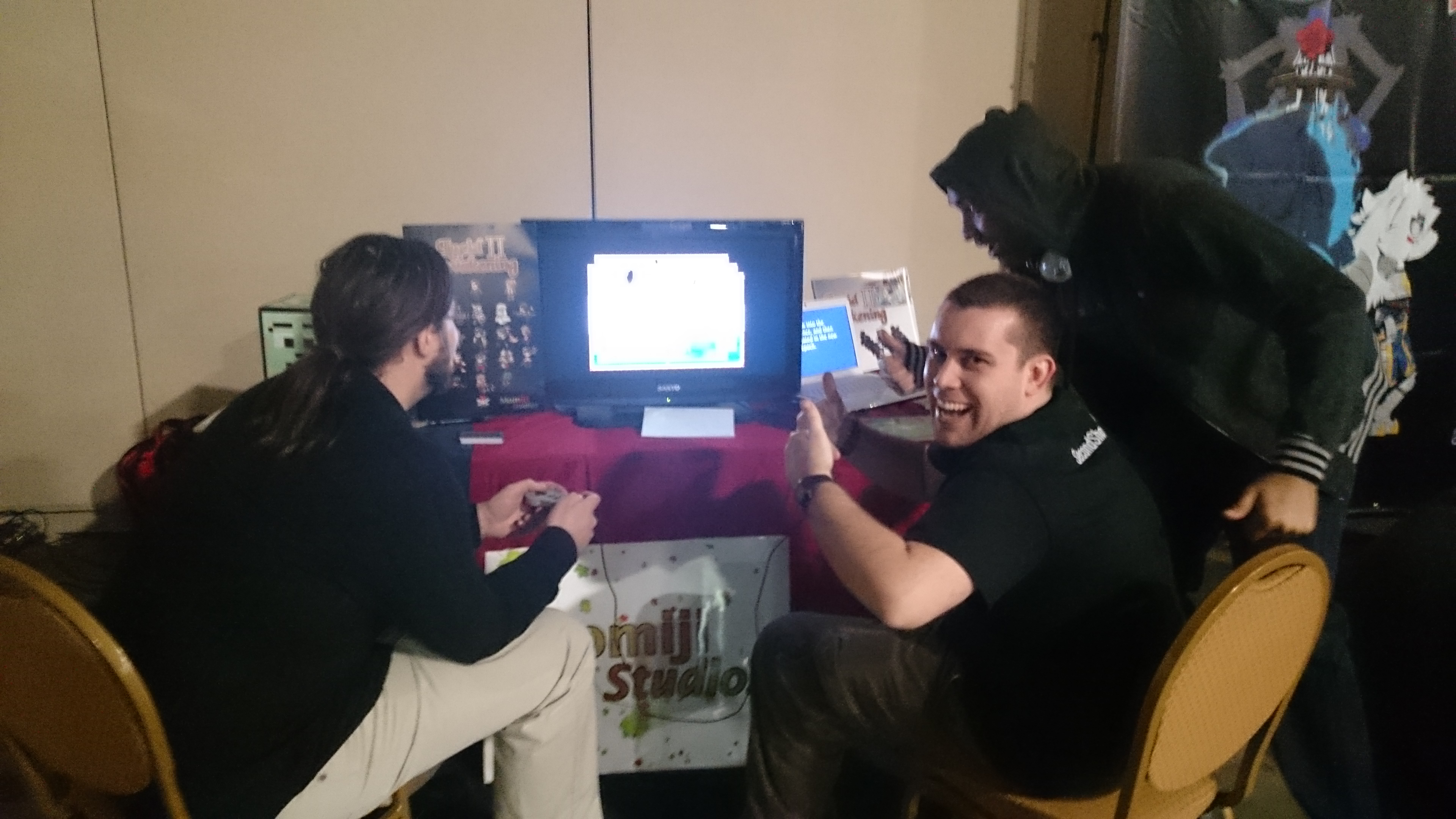 MAGFest 2016. These were my neighbors there with their game Second Shot. They shamelessly posed to promote my game. 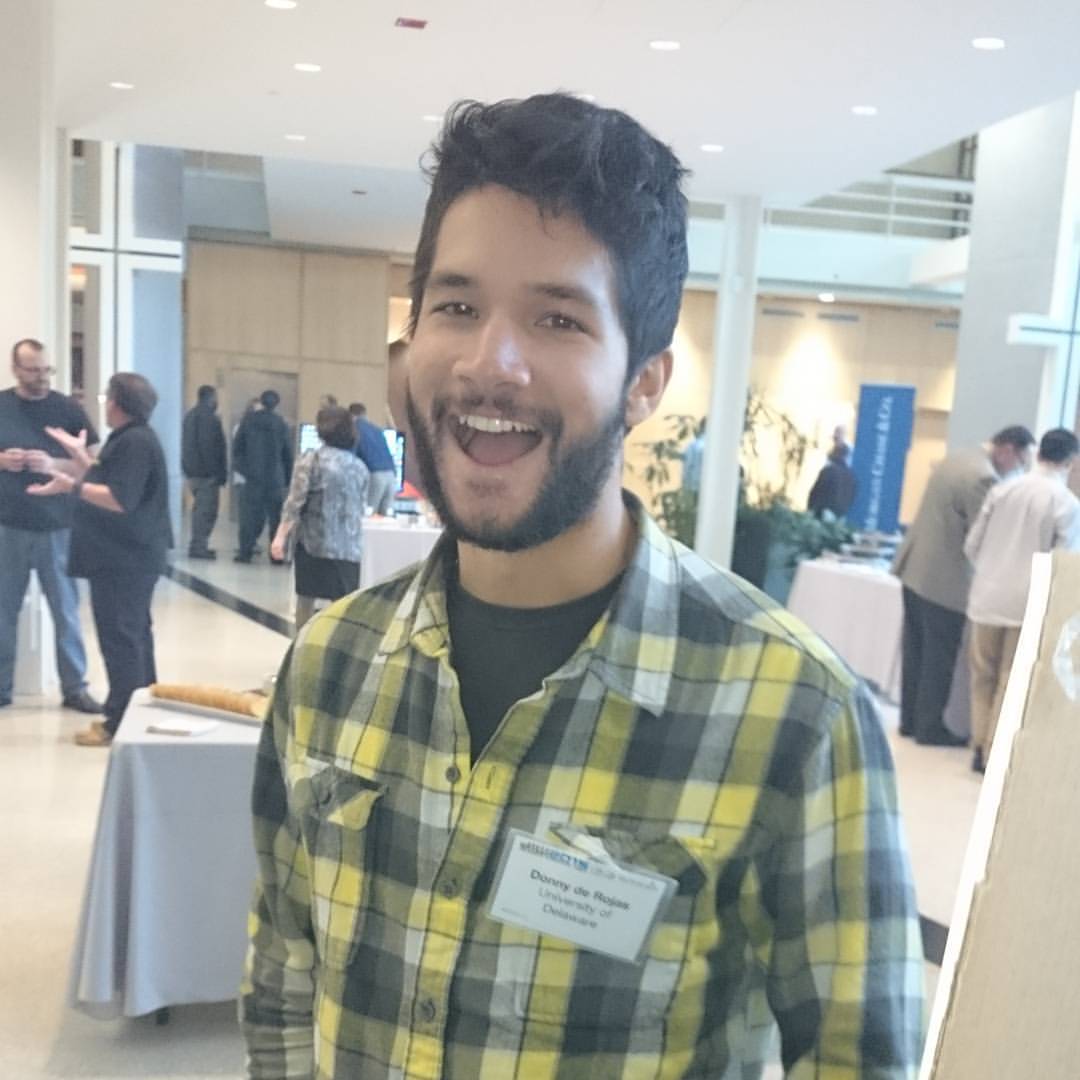 This was at Delaware Innovation Week. My buddy Donny supporting me. 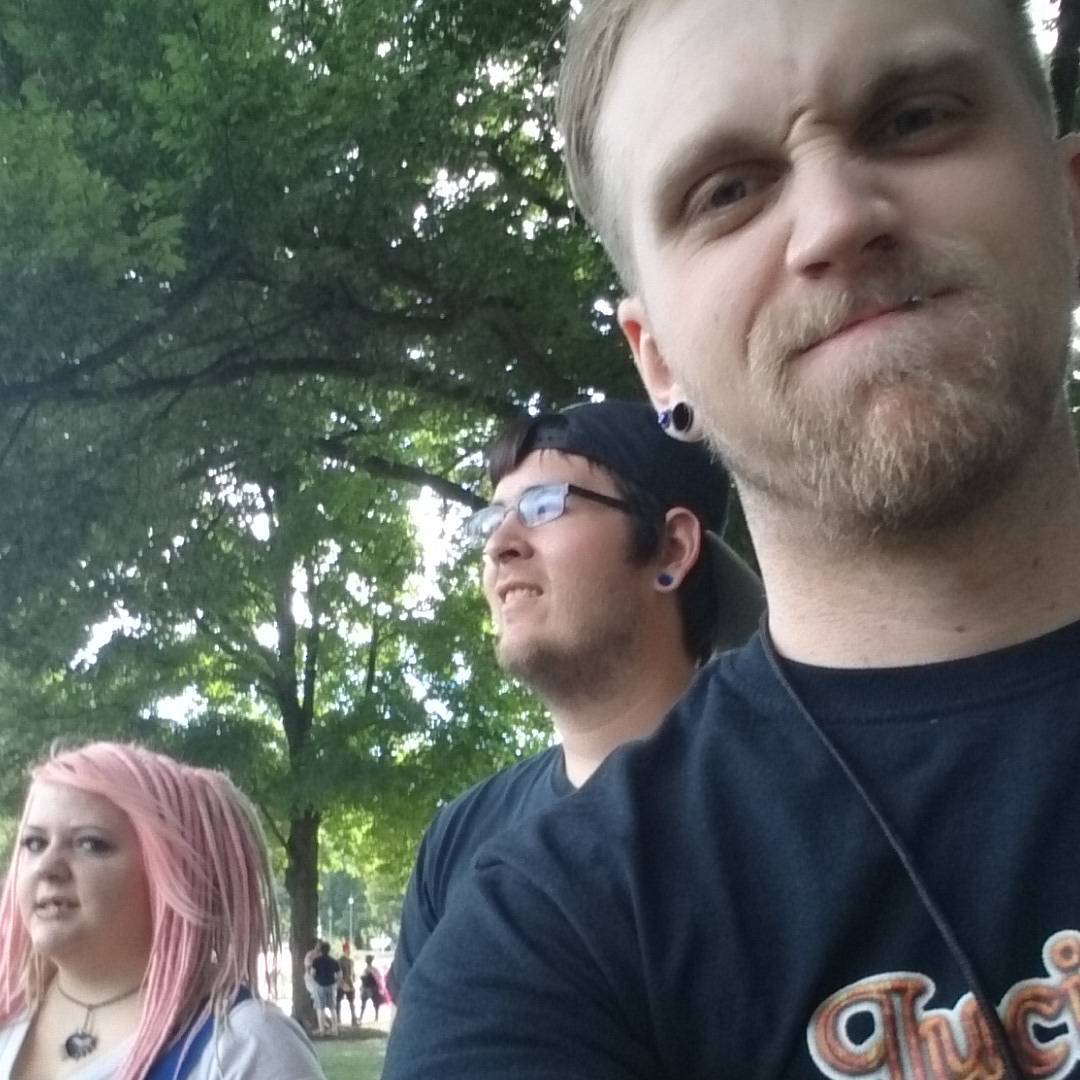 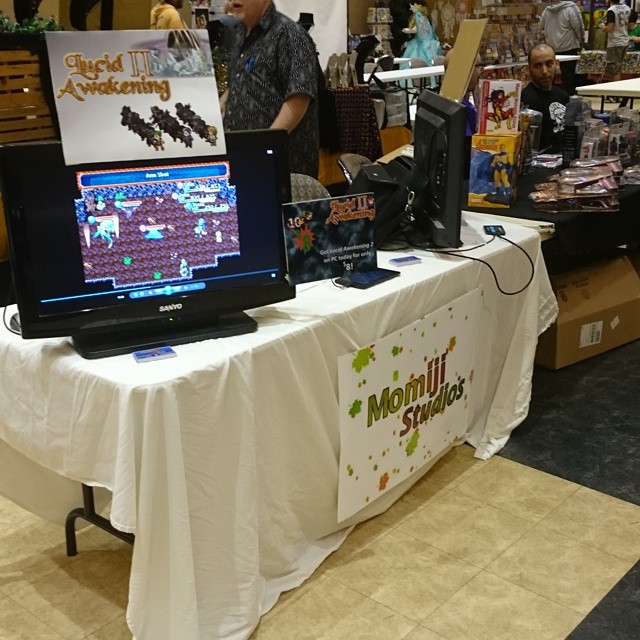 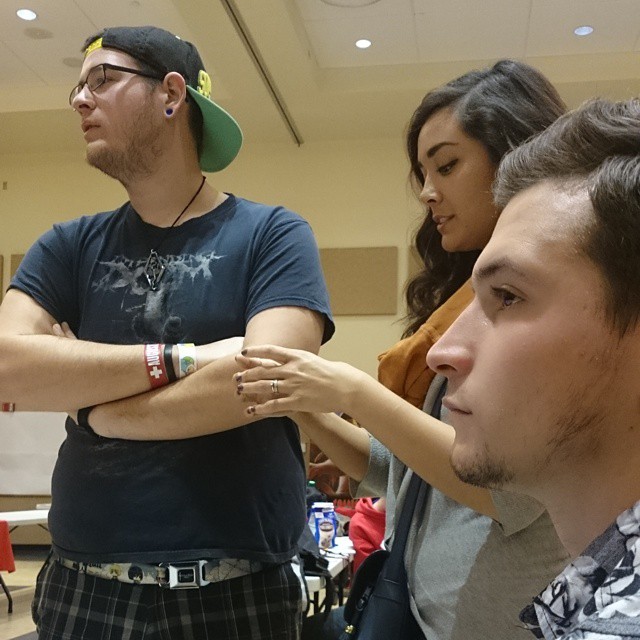 Some family supporting me at an early convention. 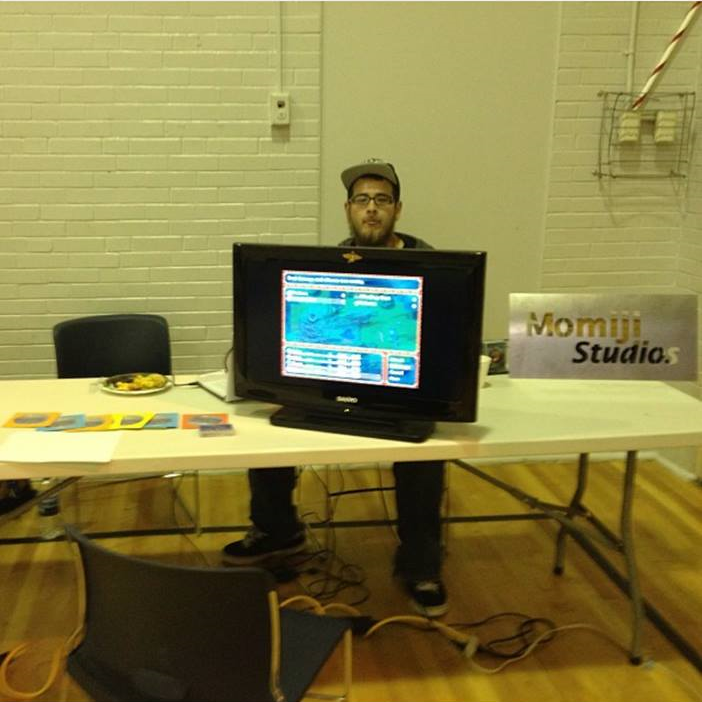 Panda, my best friend. Always supporting me since humble beginnings.

I love conventions. Sometimes I set up a table advertising my games. Other times I will do a panel on game development. And in rare, relaxing instances I will simply attend an event as a guest.

I started off very humbly at a local geek convention called Hashi-Con. There were about 30 people in attendance. I never stopped moving, climbing higher and higher in different conventions and events. My greatest accomplishment was getting into the MAGFest Indie Video game Showcase 2016 (attendance of approximately 20,000).

I love meeting people, making friends, gaining fans, and networking at these events. I am very introverted, so while I do well at them they wear me out. I will sleep for a month straight both after and before a convention.

I have the best support system anyone could imagine. My parents have always supported me and encouraged me no matter what. My friends are always willing to help me at conventions, or to beta test, or to just listen to me vent when I’m overwhelmed. I couldn’t have done any of this without their love and unending support.